During His Galilean ministry, Jesus had this compelling and instructive exchange with His disciples.

“Whom do men say that I the Son of man am? And they said, Some say that thou art John the Baptist: some, Elias; and others, Jeremias, or one of the prophets. He saith unto them, But whom say ye that I am? And Simon Peter answered and said, Thou art the Christ, the Son of the living God. And Jesus answered and said unto him, Blessed art thou, Simon Barjona: for flesh and blood hath not revealed it unto thee, but my Father which is in heaven. And I say also unto thee, That thou art Peter, and upon this rock I will build my church; and the gates of hell shall not prevail against it. And I will give unto thee the keys of the kingdom of heaven: and whatsoever thou shalt bind on earth shall be bound in heaven: and whatsoever thou shalt loose on earth shall be loosed in heaven. Then charged he his disciples that they should tell no man that he was Jesus the Christ.”  (Matthew 16:13-20)

We are so familiar with this powerful teaching moment that we may miss where this conversation happened and why location was crucial to the teaching moment.

When we read the text of the scripture, context is essential!  (Context literally means, that which goes along with the text.)

For context, let’s look again at the beginning of Matthew 16:13 “When Jesus came into the coasts of Caesarea Philippi, he asked his disciples, saying, Whom do men say that I the Son of man am?”

Seeking Context: Where was Caesarea Philippi?

Caesarea Philippi was a mixed pagan city of Greeks, Romans, Jews, sitting at the crossroad of a major road about 40 miles north of the Sea of Galilee, at the foot of Mount Hermon, the largest mountain in any direction for some 500 miles.  At the base of Mount Hermon was a temple dedicated to Caesar Augustus who had brought peace to the Roman Empire, and he was therefore called “The Prince of Peace.”  The back of the temple opened to a famous spring of water, believed to be controlled by the god Pan (another name for the area was Panias / Banias).  Worshippers would bring a sacrifice to the temple of Augustus and ask a question of the gods (“Will the harvest be good this year?” “Should I make this business deal?” “Should I get married to so-and-so?”).  They would then throw the sacrifice into the spring of water.  If the sacrifice sunk, the gods had answered “yes.”  If the sacrifice did not sink, the gods had rejected the sacrifice and the answer was “no.”

Why did Jesus ask “Whom do men say that I am” in this location?

Why didn’t Jesus ask His disciples this question when they were on the shores of the Galilee just a few verses earlier at the beginning of Matthew 16?

Because only at the location of Caesarea Philippi could Jesus make use of the powerful context of His environment to teach eternal principles.

Thou Art the Christ, the Son of the Living God

This statement about Jesus is true no matter where it is uttered.  However, what we miss because we are not standing with Peter on location, is that they were in front of a temple dedicated to Caesar Augustus, the adopted son of Julius Caesar.  The Romans considered both of these men to be gods.  And now these two men were dead.

What does Peter say and why? “Thou art the Christ, the Son [not the adopted son!] of the living [not the dead!] God.”  Augustus Caesar was a dead god who was the adopted son of another dead god.  Peter made the most powerful contrast possible.

“For flesh and blood hath not revealed it unto thee.”

“Upon this rock I will build my church.”

Many readers of the New Testament know that Peter’s name in Greek (and Aramaic) means “rock.”  So there is a word play with Jesus’ statement to Peter about building His church on a rock.

Jesus could have found no greater and more forceful visible object lesson to teach the truth that His church would be built immovably upon a rock than to be standing at the foot of Mount Hermon.

That is why Jesus had this teaching moment where He did.

So as we read the text of the scriptures, we must seek out the context, for only then can we fully know the truth.

Learning at the Feet of the Savior

I hope you found these insights valuable and empowering. If so, you may find more such insights in one of my recent books.

Together with my co-author David Ridges, we wrote Learning at the Feet of the Savior: Additional Insights from New Testament Background, Culture, and Setting to encourage people to ask questions and to use the scriptures and the example of Jesus to learn how to learn and to better understand how the scriptures apply to their lives. 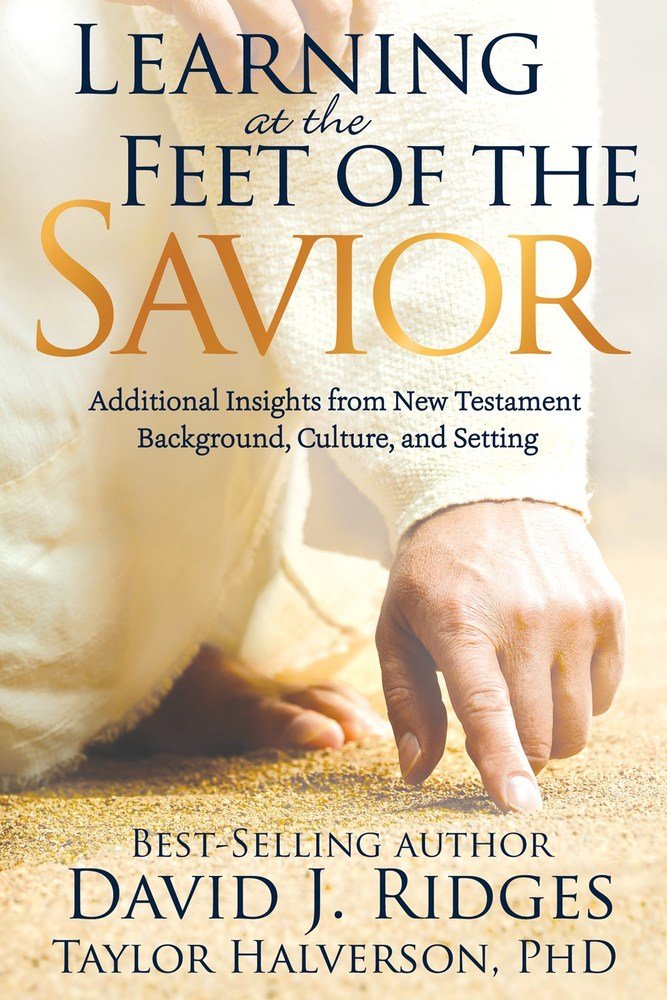